About Us Our Staff 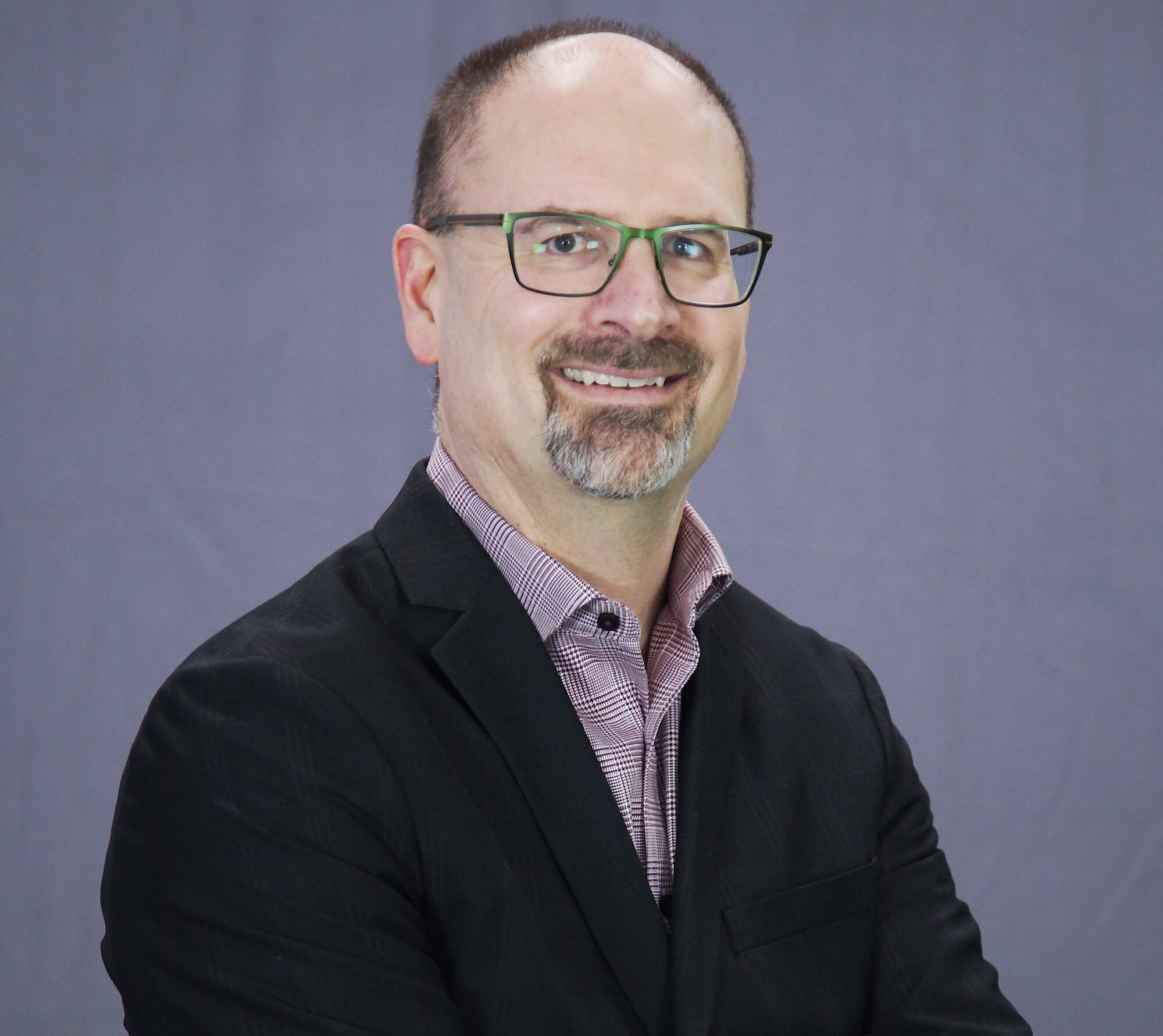 Pastor John has been serving as a pastor for over 25 years in a variety of roles: youth pastor, associate pastor, executive pastor, and lead pastor, and often thinks of himself as the "Prairie Pastor."  He is married to his beautiful, energetic, humorous, and creative wife Marcy since 1995. Together they have three children--two daughters now living in Vancouver, BC, and one son who is in grade 10.

through Canadian Bible College in Regina (now Ambrose in Calgary); his Masters of Arts in Theological Studies at Prairie Graduate School in Calgary; and his Doctor of Ministry in Church Leadership: Organizational Systems at Bethel University Seminary in St. Paul, MN and was awarded the "Dissertation of Distinction" award. He has had the opportunity to write two books on prayer, several faith articles in a local paper, and is currently finishing up a commentary on the book of Revelation to be published.

He loves to collect books, go to the symphony and sports games with his wife, travel and see new things, play the saxophone, collect coins from all over the world, kayak, bike, play racket sports, and spend time reading and writing.

Jay loves Jesus and wants to make Him known.  He has four beautiful daughters.  Grace members have referred to him as a Swiss Army knife due to his variety of abilities for the needed situation (or maybe because he is small).

He grew up in Calgary and received his BA in Sacred Music from Prairie Bible College where he studied organ Performance, voice, and ethnomusicology while playing bass, guitar, drums and trombone in ensembles.  He left to Japan as a tent-making missionary for 5 years and returned to Canada to study at the Canadian Southern Baptist Seminary and receive his MDiv.  Over the years he has enjoyed ministry in music education, performance, children, youth, pastoral, and outreach in Canada, Japan, and other countries.  Before Grace Airdrie , Jay served as the Calgary Manager for Hope Mission and loved leading the city outreach and camp ministry. In his free time, He loves digital photography, balloon twisting, playing chess, learning something new, and spending time with his family.

Debbie Contos has been attending Grace for over 12 years. In that time, she has been a children’s and youth ministry volunteer and a former AWANA Commander.

Debbie is excited to be Co-Director of Children's Ministries. The opportunity to share the love of Christ and teaching children/youth that God’s word is truth is something she is passionate about.

Debbie is a homeschool mom and has been
married to Peter since 1988 and together they have been blessed with seven children. 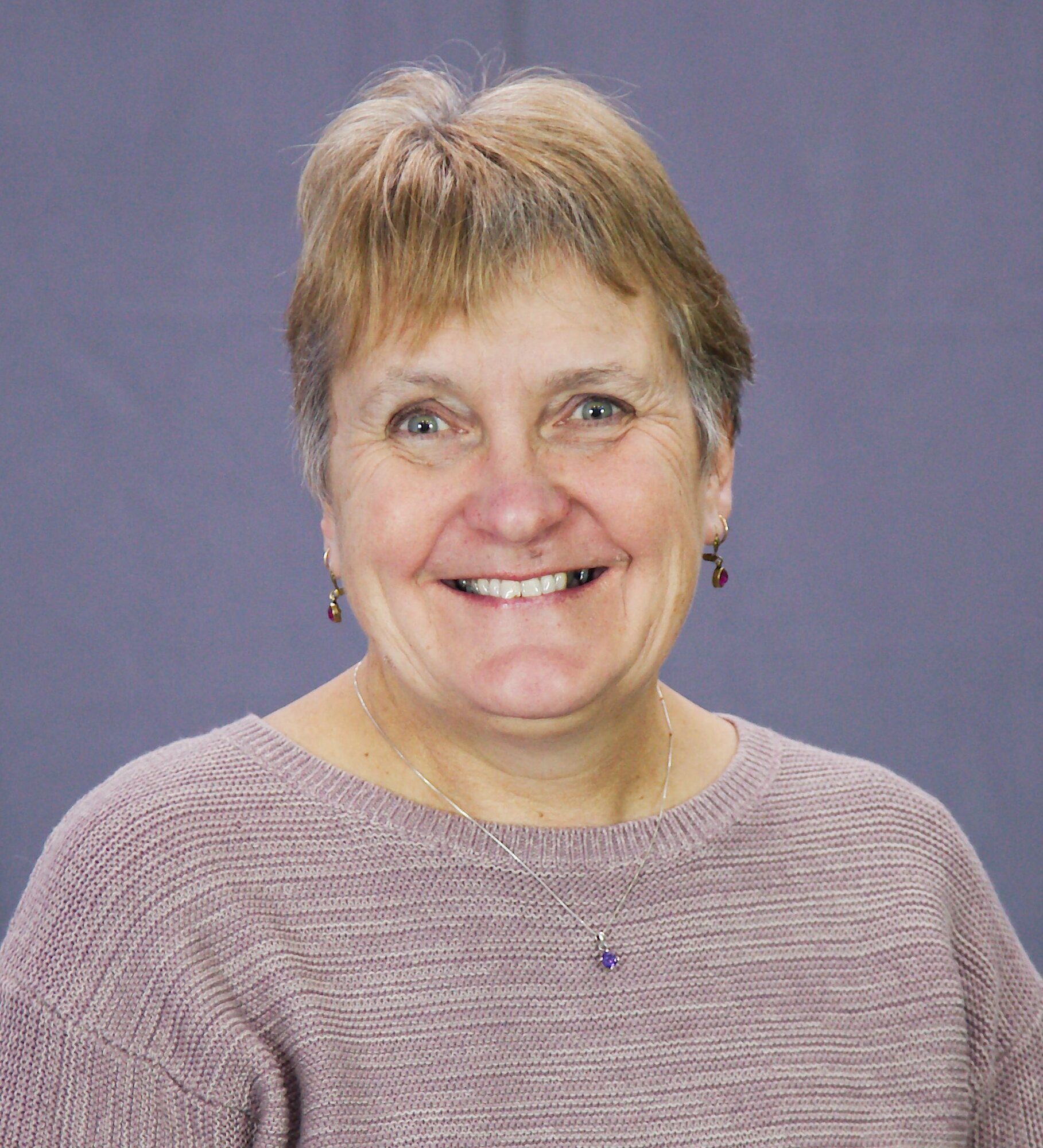 Deb DeVries is married to Terry since 1990 and they have two grown daughters. She is also, a grandma to a little girl. Deb has been a dedicated volunteer in Children’s Ministry for several years at Grace Airdrie, and assists with Grace Women Tuesday Breakfasts.  Before this, she volunteered with children ministries at her previous home church before moving to Airdrie. Deb volunteers at Airdrie Food Bank.

She has a degree in Preschool education and has completed several courses relating to childhood development.

Deb has a desire to share the love of the Lord and His truths in a meaningful and creative way with, not only the children of Grace Airdrie, but to others around her.

Wendy joined our team as Office Manager in January 2018.  Wendy graduated from Prairie Bible College in 1997 with AARS: Bible & Missions. Wendy completed her Office Administration Certificate in 1998 from Olds College, and Payroll Compliance Practitioner designation in 2017. She has extensive ministry background, including church & youth ministries, as well as  9 years in Croatia as a missionary.

Wendy is married to Todd.

Mary Rempel has attended Grace Airdrie since 2011. Mary is a widow with 4 children & 10 grandchildren.  She has volunteered in children's ministries at Grace and in a previous church that  she attended.  Mary has been Grace's custodian since 2012, volunteered in Connection Cafe on Sunday mornings since 2016, and is presently the coordinator for +50 Group. Mary's hobbies are home improvement projects, knitting, crocheting, sewing, and gardening. 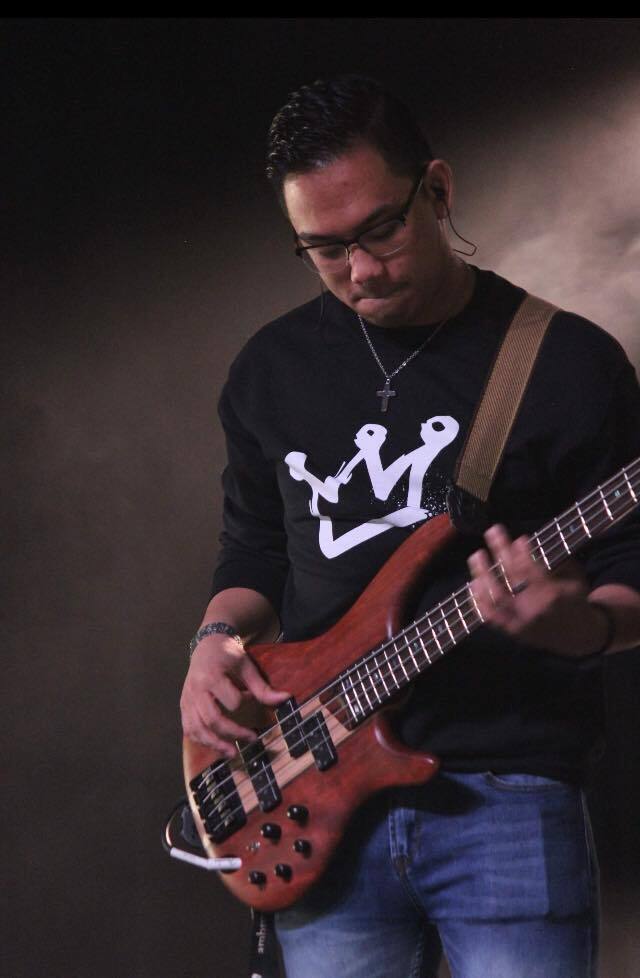 James is a returning church intern from summer 2019 and is looking forward to serving Grace once more. He has been involved with numerous churches and ministries over the years. He has served with First Alliance Church, Center Street Church, Capstone Church, and Ambrose University to name a few. An artist through and through, James has a passion for both music and the performing arts. He has led and been a part of many worship teams and ministries over the years and had been key in starting the Scripture Arts Team at Ambrose University.

James received his Bachelor's in Behavioral Science from Ambrose University with a focus on adolescent development as well as acting and is currently pursuing a Bachelor's in Education as well. He's hoping to one day become a teacher and start a fine arts program at a school and someday down the road pursue a career in teaching acting and theatre in post-secondary education.

He loves to play video games, watch netflix, cook food (he is a former chef), play/listen to music, and act and direct on the performing arts stage.